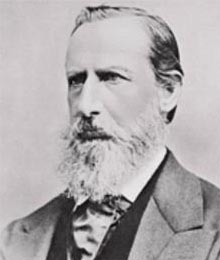 Indonesian people have been familiar with Nestlé since the end of the 19th century through the product "Tjap Nona" (Cap Nona) known as the "Milk Maid".

In the year 1910, the marketing of Nestlé products was carried out by the Nestlé branch in Singapore. Nestlé products dominated the market for sweetened condensed milk in Indonesia, so consumers identified all types of this milk as "Tjap Nona"(Cap Nona).

In 1930 Nestlé possessed the largest share of the Indonesian market for these types of dairy products. Strong marketing teams visited villages in active efforts to maintain the quality of Nestlé products by replacing the old cans in the stores and on stalls with new products, to win the trust and loyalty of consumers.

The success of Nestlé in Indonesia is the result of high-quality products and increased demand by consumers, backed by an efficient distribution network, sales staff and professional management system.

Nestlé imported products became more available in Indonesia after 1873 through the marketing of the Nestle branch in Singapore. Because Indonesia experienced increased consumer demands, Nestlé officially started doing business in Indonesia in 1971 on behalf of PT. Food Specialties Indonesia.

To support these efforts in Indonesia, the milk processing plant in Waru, East Java, began operating in 1972. In line with the operation of the Processing Plant Factory Waru, Nestlé Indonesia began to provide technical assistance to the local people, especially to cattle ranchers.

In 1979, a coffee processing plant was established in Panjang, Lampung, as a second factory in Indonesia to produce Nestlé NESCAFÉ coffee.

Once again, increasing consumer demand in 1988 moved Nestlé to open a factory at Kejayan in Pasuruan, East Java, to produce greater amounts of dairy products and replace the Waru factory which was closed.

After successfully opening and operating the plants in Lampung, Pasuruan, and East Java, in 1990, the new plant at Cikupa became operational, producing confectionery such as POLOs and FOX'S.

Since the market potential in Indonesia saw great increases by 2010 the factory in Kejayan expanded to become one of the 10 largest Nestlé factories in the world. Currently, this Kejayan plant produces 700, 000 liters of milk fresh every day from raw materials from 33,000 dairy farmers in East Java.

After successfully opening and operating the dairy processing, coffee processing and confectionery processing plants, in 2013, a new plant, Nestlé’s fourth in Indonesia, will open to produce MILO, DANCOW and CERELAC Nestlé baby cereal.